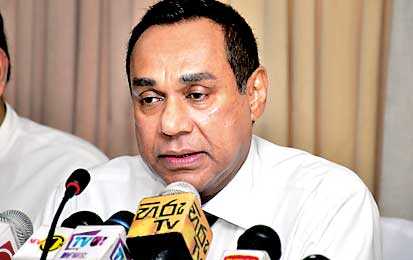 The Hotels Association of Sri Lanka (THASL) in a statement yesterday expressed its sincere appreciation of the resolution taken by the Government to demolish unauthorised structures and businesses on the Mirissa coastline by the order of President Maithripala Sirisena.

“We are extremely pleased that the Government has shown its capability to take effective measures to safeguard the general public and tourists who regularly visit this scenic part of the coastline.

Our Association notes that this is the first occasion where there has been a clear response to this recurrent problem by the Government,” THASL said.

“This measure establishes a sound precedent and sends out a strong message that similar action will be taken in the future as well, if necessary. It also reinforces that Sri Lanka takes decisive action to protect the public and tourists , serving as an added incentive for the expansion of tourism,” the statement said.

“This initiative taken by the Government is very encouraging to the work we do together with the Government and the Minister of Tourism and Religious Affairs John Amaratunga, to enhance standards of the product we offer in the interest of the nation’s economy,” THASL added.